Serving his 13th term in the United States House of Representatives, Thompson represents Mississippi’s Second Congressional District where he has spent his entire life fighting to improve the lives of all people.

Congressman Bennie G. Thompson is the longest-serving African-American elected official in the State of Mississippi and the lone Democrat in the Mississippi Congressional Delegation.

He began his grassroots political activism being a civil rights champion through the Student Nonviolent Coordinating Committee (SNCC) while a student at Tougaloo College – a private historically black college in Jackson, Mississippi. He organized voter registration drives for African-Americans throughout the Mississippi Delta on behalf of the organization before graduating and following in the footsteps of his mother by becoming a school teacher. During his tenure educating the youth of Mississippi, a fire inside of Thompson was ignited pushing him to be a voice to the voiceless through elected office.

From 1969 to 1972, Thompson served as alderman of his hometown, Bolton, before serving as the city’s mayor from 1973 to 1980. During his time as mayor, Thompson improved the city’s infrastructure by paving roads, fixing the water and sewer systems, repairing and renovating dilapidated houses; all while spearheading the construction of city hall and re-evaluating the town’s real estate.

Thompson was a founding member of the Mississippi Association of Black Mayors where he instituted policies and provided services benefiting Bolton’s underserved. The selfless service Thompson provided his hometown was increased when he was elected as a Hinds Country supervisor, a position he held from 1980 until 1993. The then-supervisor’s record of being a pragmatic local servant was embraced by constituents in Mississippi’s most populous county.

His record of effective problem solving and coalition building served as the bedrock for his election to the Congress in 1993, representing Mississippi’s largest Congressional District composed of the state’s capital city, Jackson, and the Mississippi Delta.

Congressman Thompson has channeled his passion for public service into action. In 2000, he authored legislation creating the National Center for Minority Health and Health Care Disparities which subsequently became law. After Hurricane Katrina ravaged the State of Mississippi, he aggressively advocated for disaster relief improvements within government agencies and provided oversight to ensure that federal funds were properly allocated for Gulf Coast recovery.

The following year, Thompson’s Washington colleagues expressed their overwhelming confidence in his leadership abilities and selected him to serve as the first Democratic chairman of the House Homeland Security Committee. As chairman, Thompson introduced and engineered passage of the most comprehensive homeland security package since September 11, 2001 – H.R. 1, the “9/11 Commission Recommendations Act of 2007.”

The Congressman has also served on the Agriculture, Budget, and Small Business Committees while working to level the playing field. Thompson employs a progressive and realistic approach to overcome persistent disparities while being the unabashed champion for civil rights, equal education, and healthcare delivery in Mississippi.

Representative Thompson is a lifelong member of the Asbury United Methodist Church in Bolton, Mississippi. He has been married his college sweetheart, London Johnson of Mound Bayou, Mississippi, since 1968. The couple has a daughter, BendaLonne; granddaughter, Jeanna; and grandson, Thomas Gordon. Thompson is an avid outdoorsman and enjoys gardening, reading, and listening to the blues.
Speaking At
Security Briefing: From the Nation’s Capital 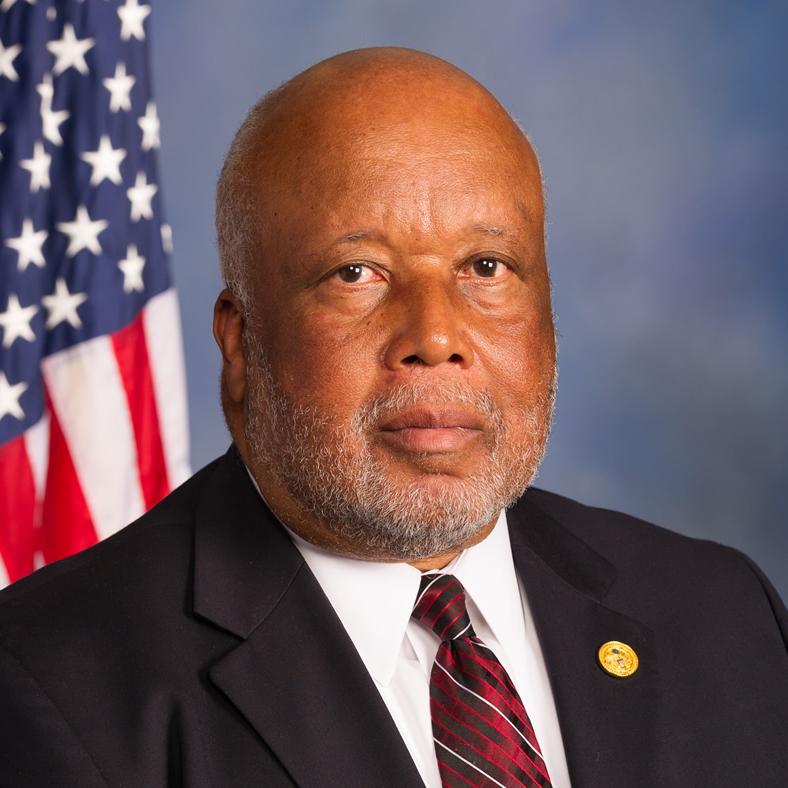